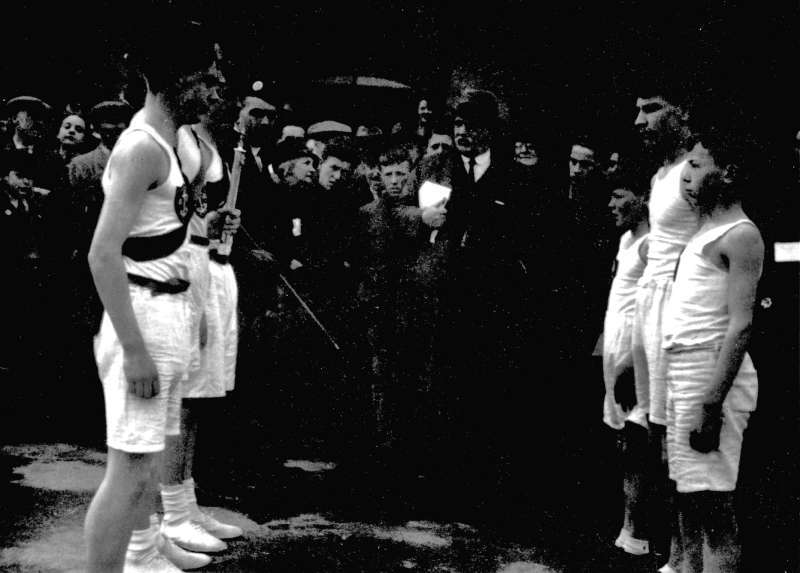 Andrew, looking dapper in his new Sergeant Aircrew Uniform. Early '43, On his last leave and in the BBs

Harry Saunders, the Mid upper gunner. His wife Joyce was still alive and well when I first contacted her. My grateful thanks for the photograph.

David Badcock, the Bomb Aimer, who was initially buried with Andrew in Rheingonheim.

"Barney" Barnard - Air Gunner, and at 'Culter on leave. The only survivor of the last operation, he spent the rest of the war as a POW and returned to the UK where he died in the 1970's

Adrian Douglas, the Maori Wireless Operator/Air Gunner. His parents visited Andrew's parents after the war . They were a very devout couple who lost two sons in the war.

Douglas Guest - Flight Engineer. I have been unable to contact any of Doug's relatives, as yet.

Andrew (extreme right) in the Boys' Brigade,1935 in Peterculter, receiving the "Kings Message" from a local dignitary.